Angular vs. React: Which JS Framework Your Project Requires and Why?

Using programming language for your development project work is always helpful. JavaScript is the most renowned language used by most of the top companies in the world.

Even a few, Website Design Company in Kolkata, has been working on this software. Not only this city, but there are many companies in other cities as well who are using this programming language. Now, to know, they are many types of frameworks or library being used in today’s time.

Some of the popularly used frameworks are React.js and Angular. Both of them are good. They’re used by the biggest designing companies like Google, Facebook. Many Web Design Companies in Kolkata also rely on this framework. But let’s know what these frameworks are?

– Angular.JS: This is an open-source and free to use the framework. It is mostly used for web and mobile app development. Falling under the Google team, it a based-on TypeScript.

– React .JS: It is a UI library that is being used by the JavaScript base. The renowned social media networking site, Facebook, the developers manage this framework.

Difference between Angular and React: Which JS is the best for your Project?

Now differentiating and comparing both of them depends on your Project. You should be clear about the following points before you choose your JS:

– Aim of your project/app

– Purpose of your app

– Important for your app 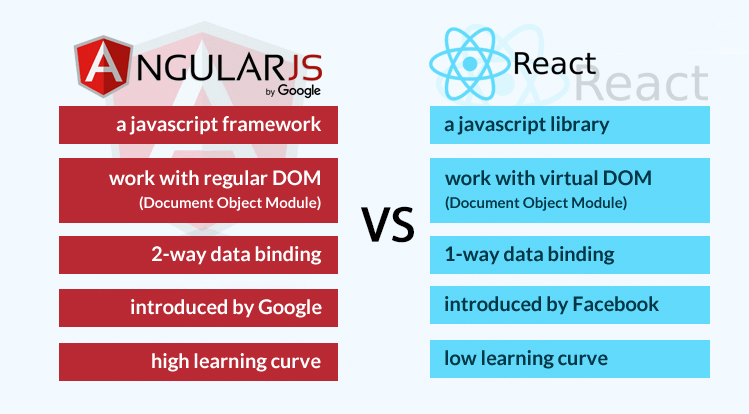 By knowing about this, you can compare and know which one will fit your app development best. So, as we all know, React. JS is a library of the framework. It’s much easier to start with the library. If you’d like to be a junior developer, it’s amazing to jump into it.

On the other way around, you have angular, which has its own like ecosystem that provides its way of making things, and sometimes it can be too complex to understand it, but once you get it will too easy for you to work with other teammates.

It’s a little bit easier with Angular because you are using a stable solution, you just connect it, and it starts working, which becomes much easier to handle.

So, let’s talk about speed. Angular version 2 made a lot of success with browser speeds compared to angular version 1. On another side, React. JS has better spitting as they use a virtual Dom.

It helps in rendering the Dom elements which were changed before. Suppose you’re making some app where things are rendering many times on your page, and the speed is really important. It is recommended to use react then angular.

When you start developing something with angular, you probably will start using typescript as the main of your language. Microsoft developed it. It will be so much use if you have a big team or you’re using making a Website Design Company in Kolkata and other regions. 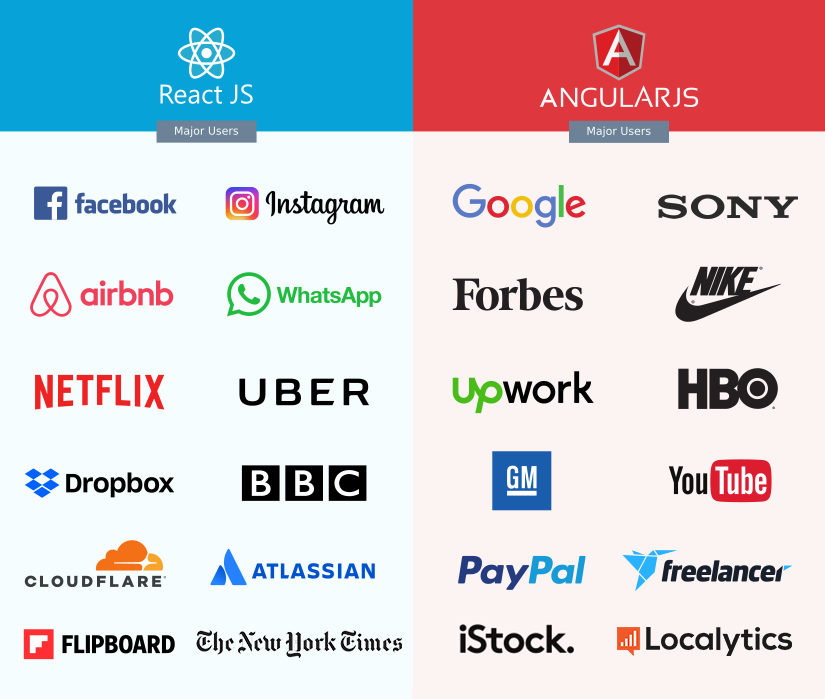 Why and which one is the best JS for your Project?

For complex development, React 2021 always performs better. It’s connected for a solution because if you are using a lot of graphical elements on your page and have many renders, using React 2021 is the best. Of course, it will give you amazing speed and freedom of making things. While in the angular, you will not be rid of this list view because sometimes Angular has strict rules and faces some troubles to code. So, you need to use React when speed is important to you.

Of course, you can choose Angular. JS, but when you have something more stable, more like enterprise where it’s basically like the normal flow of log-in and just registration.

More start-ups Website Design Company in Kolkata and PAN India cities are using react 2021 as it gives the perfect performance and saves a lot of time.

Top Reasons and Causes Why Your Business Needs A Website

How to select best website design companies for small businesses/start-up for maximum return?